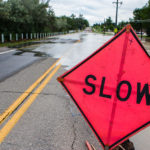 A Years Worth of Rain In Hours

I should have been out there as soon as the flooding started, but taking care of my mom was my first priority, and at first, just getting to Boulder from Arvada did not appear to be the easiest thing to do. 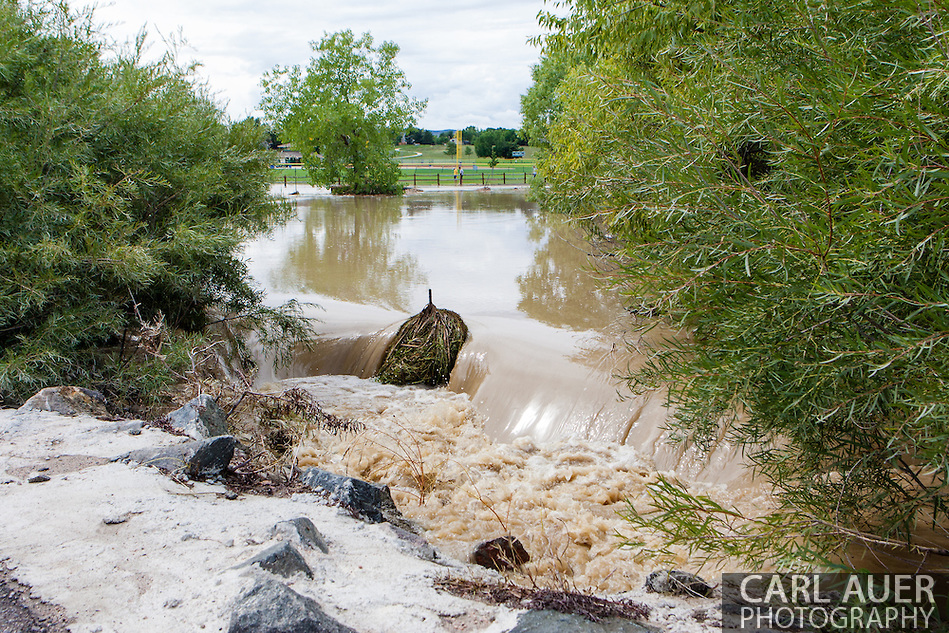 September 13, 2013: A small creek in on Alkire Street in Arvada, CO that is fed by Leyden Lake overflows into yards near the Youth Memorial Sports Complex after record breaking rains hit Colorado over the last few days (Carl Auer)

On Tuesday when the rains started, it was just rain.  And a lot of rain.  I was scheduled to shoot a softball game, but it was postponed until the next day…then the next… and so on.  Wednesday, it was just a steady drizzle with moments of heavy rains.  Thursday it was not too bad.  We took my mom to the Flat Iron mall in Broomfield to walk, and on the way home it started to hit us.  Roads were closed as flood waters were rushing across the roads, fields that were normally full of cattle were underwater now, and the humidity has been incredible. 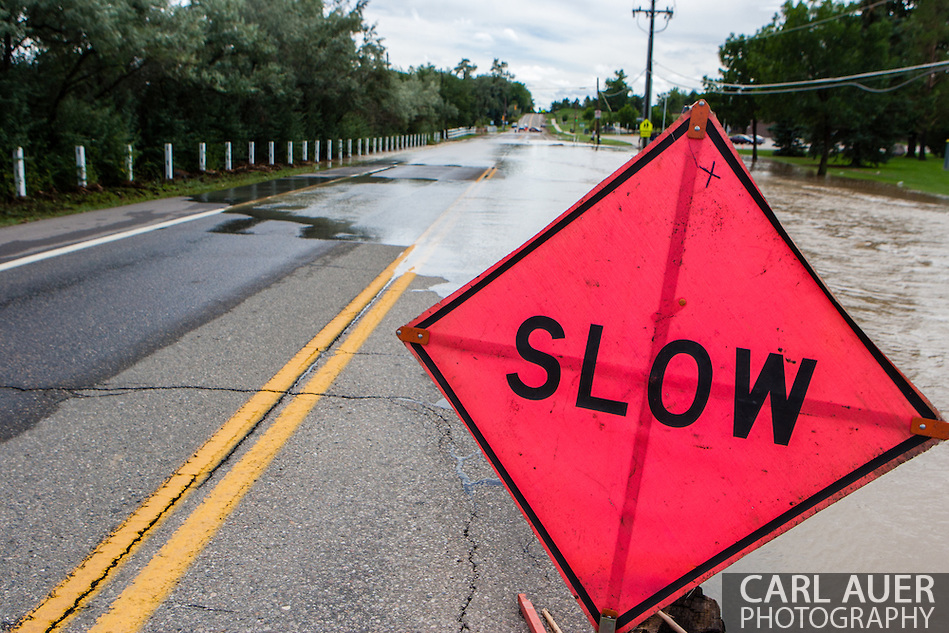 Luckily, Arvada was not hit as hard as the rest of the areas like Boulder or Colorado Springs.  But it did make for some interesting drives.  The two photos above are near a elementary school that was closed because of the flooding.  The softball fields next to the school were really saturated with water and the road in and parking lot were fill of waters high enough that there were logs floating down river. 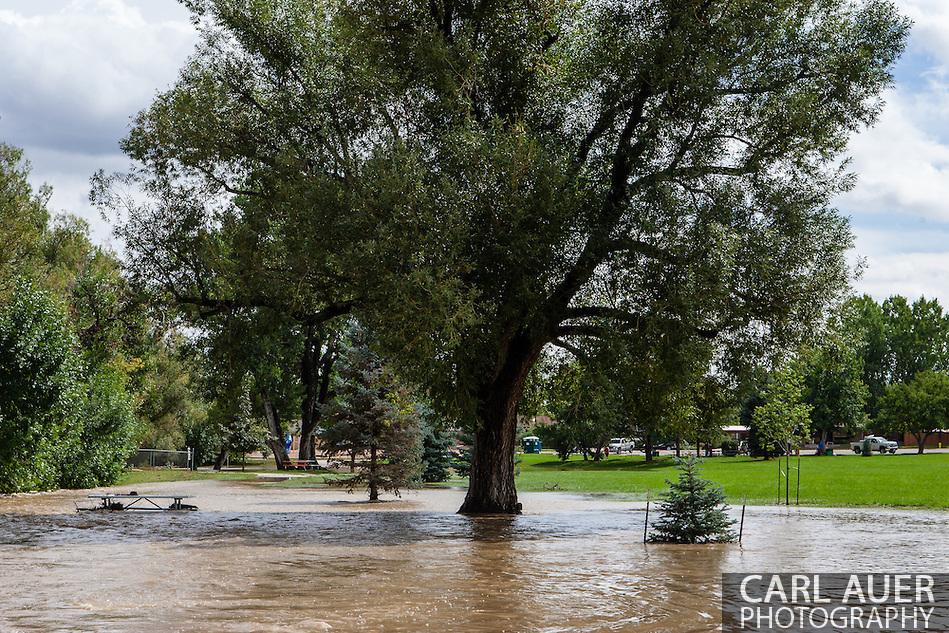 Ralston Creek was overflowing everywhere.  The photo above, is of a park just off of Oak Street near 64th in Arvada.  That is a picnic table on the left.  Normally the creek is a good 15 to 25 feet further to the left behind those bushes.

It has been a crazy week for weather.  A little more rain (hopefully very little) is due on Sunday, then some drying out.  Wow….

More photos can be seen in my Colorado Floods Gallery