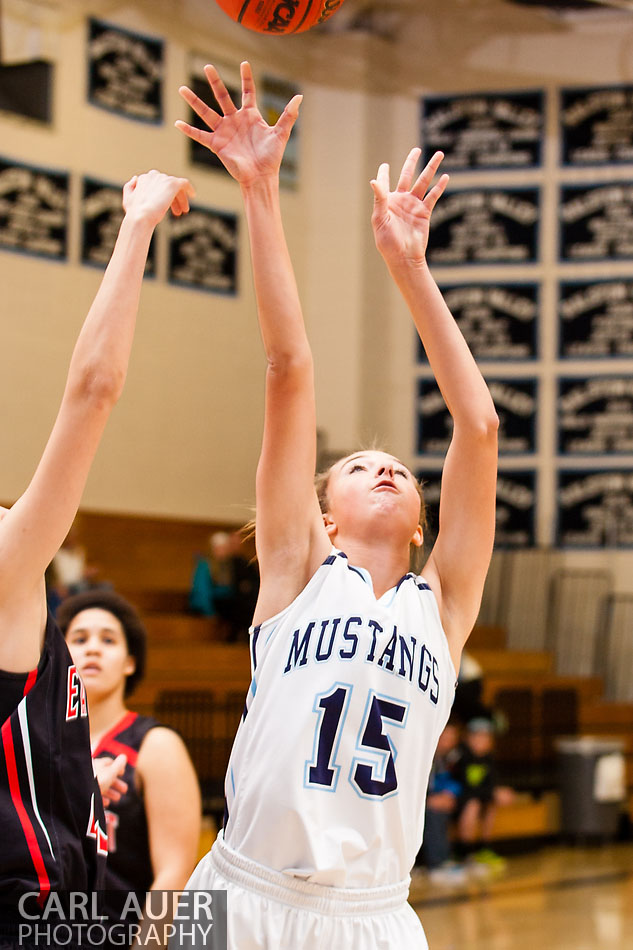 HS Girls Basketball – CHSAA 5A Round 1

The Ralston Valley Lady Mustangs hosted Eaglecrest at RV on Tuesday and had little trouble with the visiting Raptors to move on to a second round game against Brighton later in the week.

The Mustangs took a 14-8 first quarter lead and added to the lead in the second quarter 19-11 taking a first half lead of 33-19 to the locker room.  Unfortunately for the Mustangs, senior guard Chantal Jacobs went down with what appeared to be a ACL injury and is most likely done for the rest of the playoffs.

It did not stop the Mustangs though as they continued their dominance of the Raptors with a 19-9 run in the third quarter and 26-4 to win the game 78-32.

Later in the week the Mustangs defeated Brighton to move to the Sweet 16 and one last home game against Regis Jesuit on this Tuesday.

Here is my 10 Shot from the Eaglecrest game.

These shots and more are available to view and buy at MaxPreps.