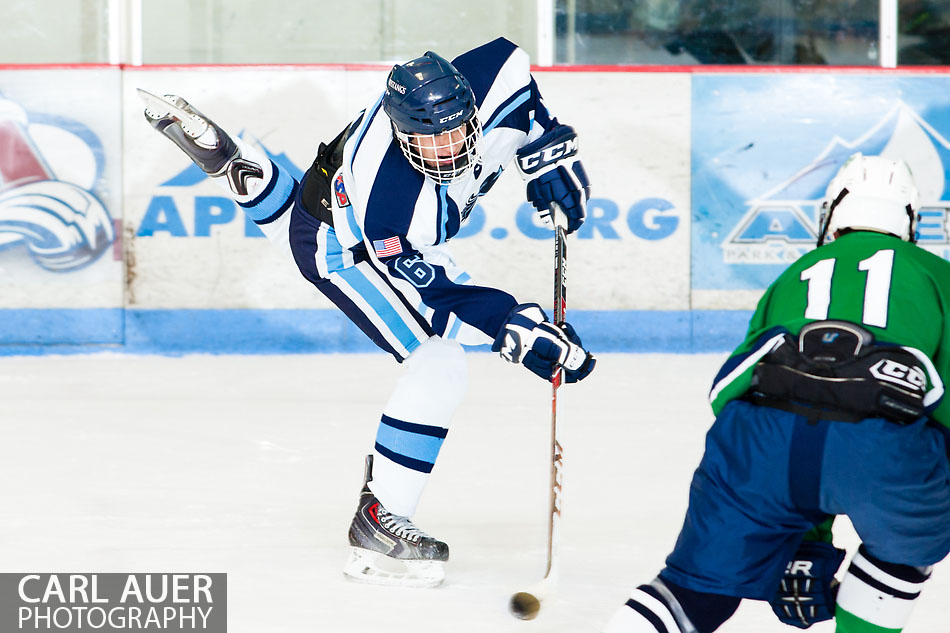 The Ralston Valley Mustang hockey team hung their 2013 CHSAA 5A State Hockey Championship banner Tuesday night.  This was prior to the start of the non-league game against the Standley Lake Gators, a team the Mustangs knocked out of the State Championship playoffs last season.  And the Mustangs backed up their title.  They scored in the first period, and the Gators tied it up, but then the Mustangs went wild, netting 5 more goals to win the game 6-1.  This took the Mustangs to 4-0 on the season.  It was about this time last season that I said we could be looking at the state champions right here.  Well, right now, as I write this on December 18th, 2013, I think we are seeing a back to back championship team.  It is going to be a tough run for that second state title.  The Mustangs have a target on their back and every team will be looking to take them down, but they have out scored their opponents 31-4 through the first 4 games.

How come referees and officials never looked like this when I was in high school?