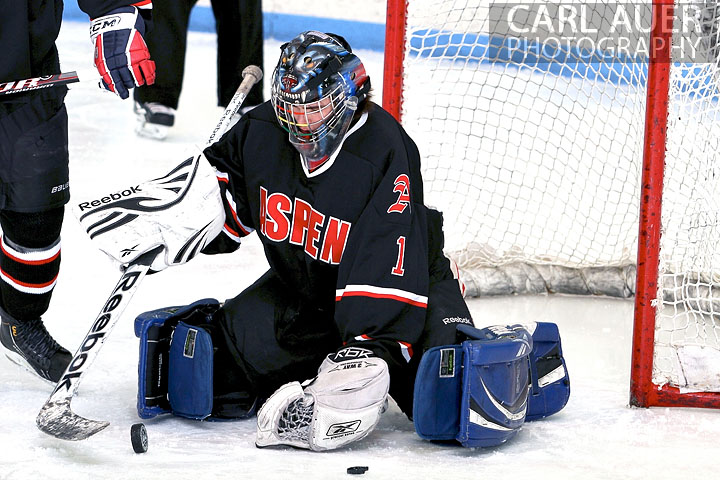 Aspen High School made the trip down to Arvada to play Ralston Valley at the Apex Ice Arena in Arvada.  I had a strobe malfunction, so instead of setting 4 up, I set 3 up. 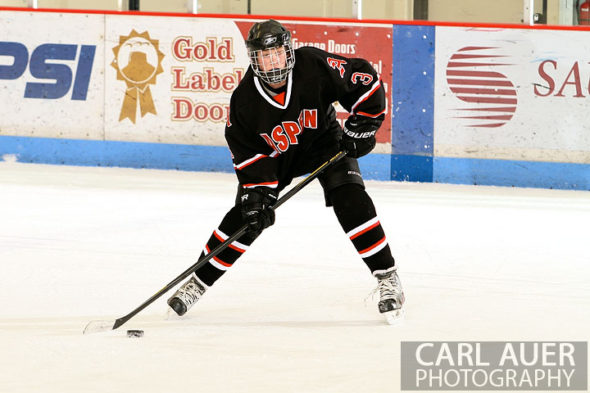 I liked the idea of a early game on a Saturday.  I was so looking forward to sleeping in, going to hockey and have my entire evening off…..That was until I got to the arena.  Parking was horrible.  I had to almost park all the way across the parking lot, and there were people everywhere.  It was crazy. 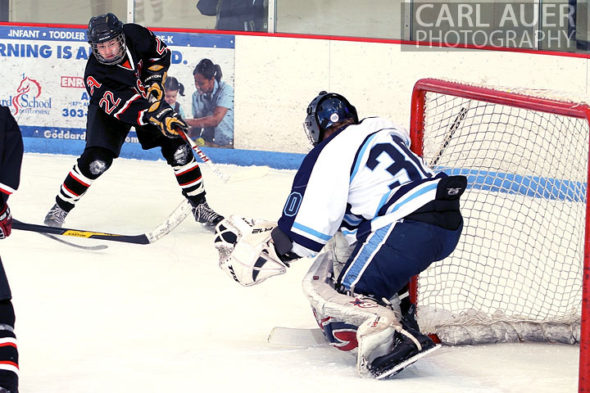 Early on in the game it looked like Ralston Valley would not have too much of a problem with Aspen, but despite Ralston Valley taking an early 1-0 lead in the first period, Aspen was not going to just lie down. 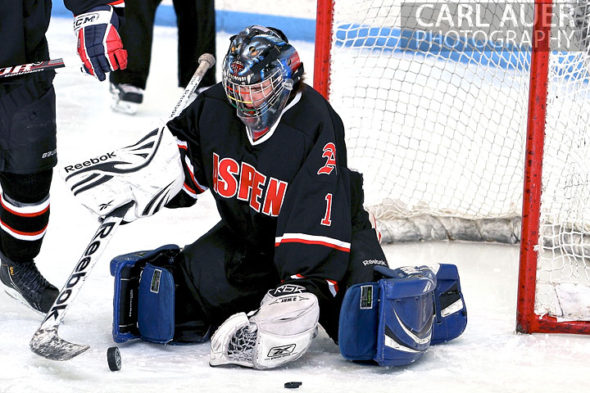 In the second period Aspen tied the game up and really played RV tough.  The third period is not going to be an easy one for RV. 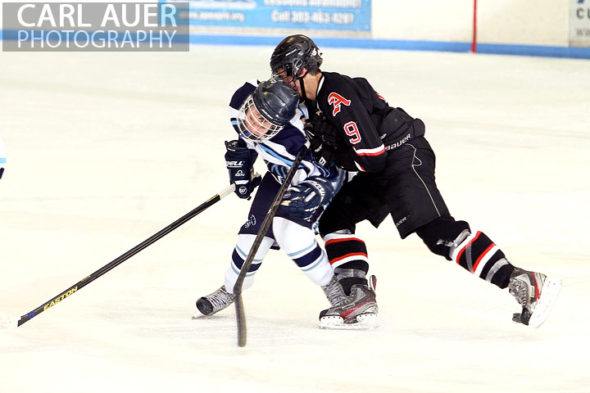 Ralston Vally would go up by one on Aspen before adding a third goal.  Aspen could only tack on one more goal in the 3rd and would go on to fall to the home team by a score or 3-2. 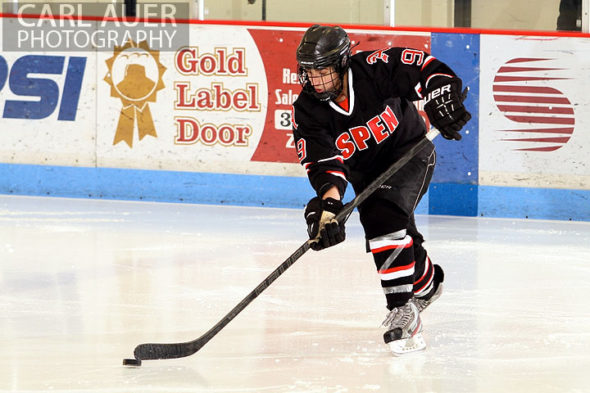 My 7D seemed to work ok, and I felt pretty good about using it the next day at the Buffaloes game.  No Error 30’s in almost 48 hours, and I had shot quite a few pictures in that time. 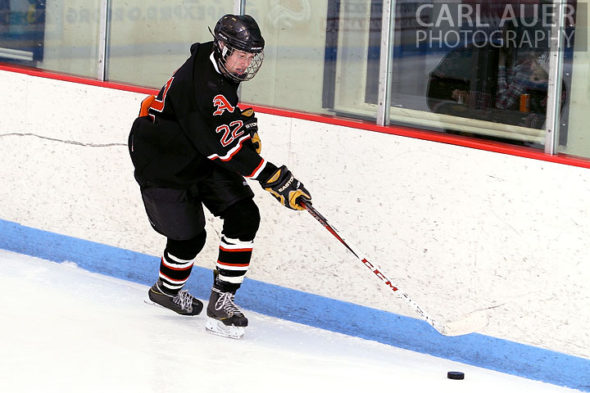 I really liked the photo bellow.  It was after the 3rd RV goal.  I like the RV players celebrating ant the lone Aspen player face down on the ice. 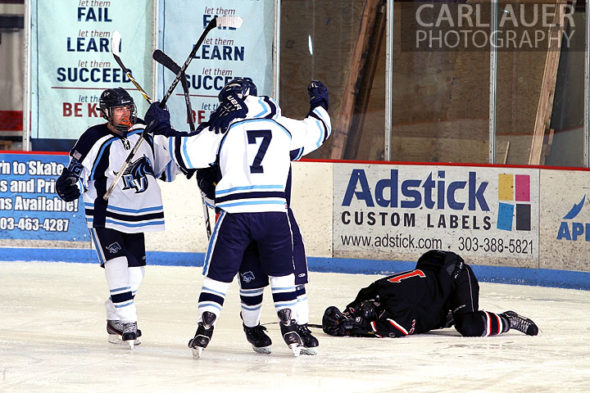 It was really a thrill of victory and agony of defeat moment. 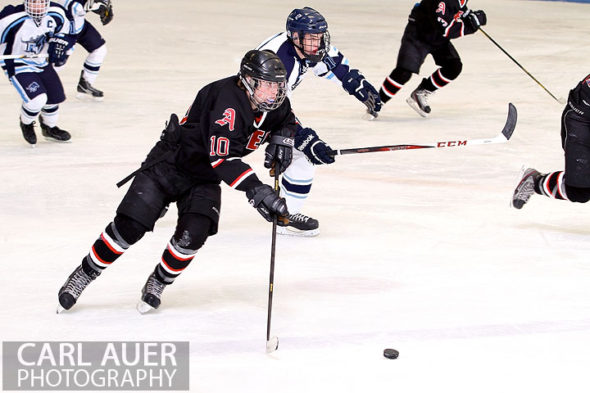 To view and purchase photos from this game, please visit the game gallery for this contest on Maxpreps.