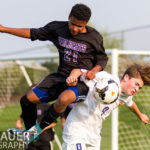 Weird that so far, most of the Arvada and Golden schools have been away for their soccer games at the NAAC, and teams from a good distance away are home. Arvada West played Evergreen on Thursday and it was a decent game. First half was all Arvada West.

Evergreen just could not seem to get any offense going, but AWest was dominating. However, one pass and suddenly Evergreen was in the lead. Game went back and forth, and Evergreen ended up with the win over Arvada West. Pretty good game…I ended up with a lot of header shots, which is a good thing.

See some of my shots below and check MaxPreps for more and to order. 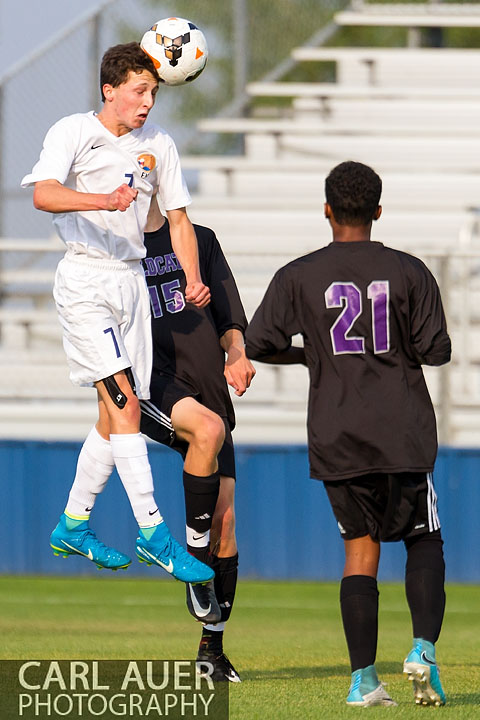 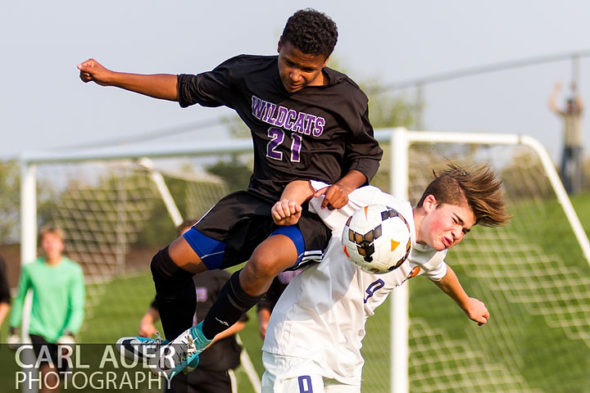 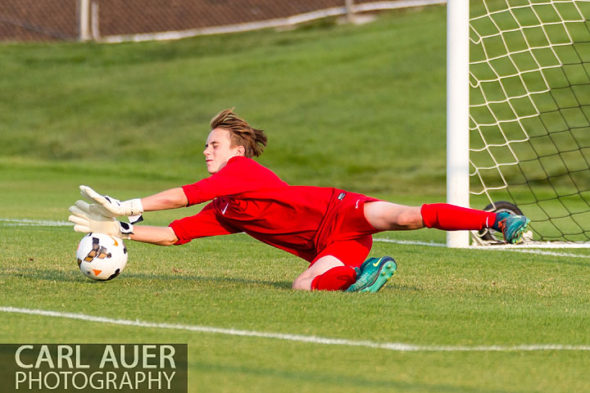 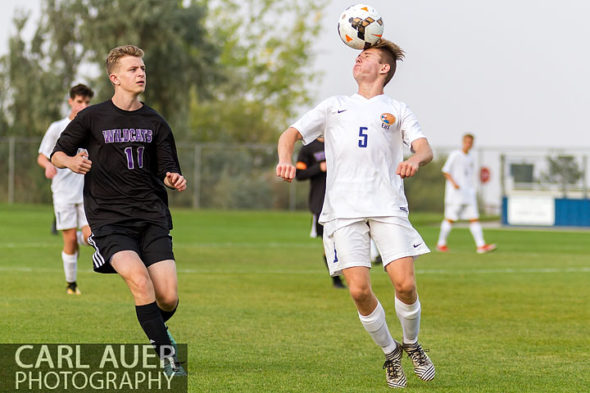 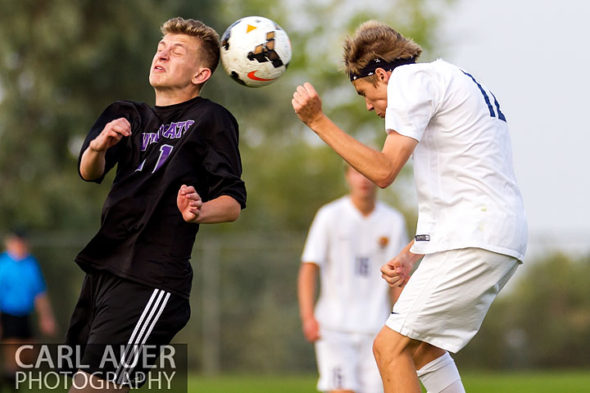 And, my little buddy made an appearance… 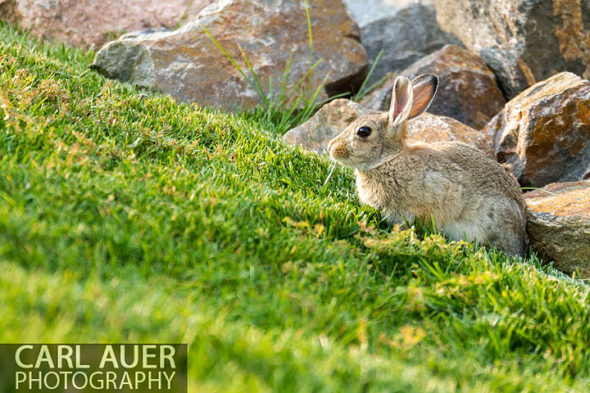