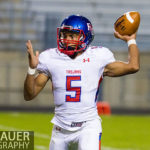 The second game of my Friday double-header had Fountain-Fort Carson visiting the NAAC to face Ralston Valley. It was a polar opposite of the early game in many ways. It was cooler, but not too cool…actually felt pretty good, except for the mosquitoes. I was eaten alive. I need to find where my bug spray is. The sun had gone down and I had planned on using my Flashpoint strobe for the game. Much more power than my speedlight, but Adorama screwed me over two times. I ordered a cable for the strobe a week ago Friday, specifically for night football, and they sent me the wrong cable. After sending them a photo of what they sent me and showing them a photo from their website of what I needed, they next day aired me the same wrong cable that they had already shipped me. My bad for not spending the extra $10 and ordering from B&H. So I shot at a super high ISO and worked some Lightroom magic. What kind of magic? That will be coming in a future video.

In the first half Fountain-Fort Carson was too much for RV. They took a 21 point lead and never looked back. They had a kind of wildcat offense going, but it did not matter if the QB ran or threw, RV’s defense suffered greatly in the first half. In the second half, Ralston Valley was able to score 16 points, but it was not enough and the final score was 21-16.

Here are some of my shots from the game. To view more, check out MaxPreps. 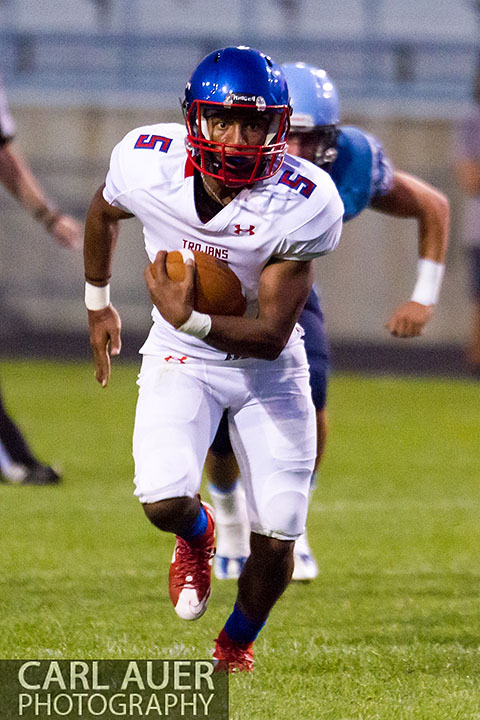 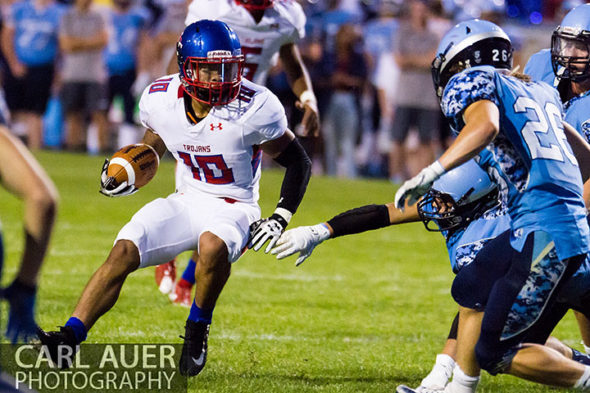 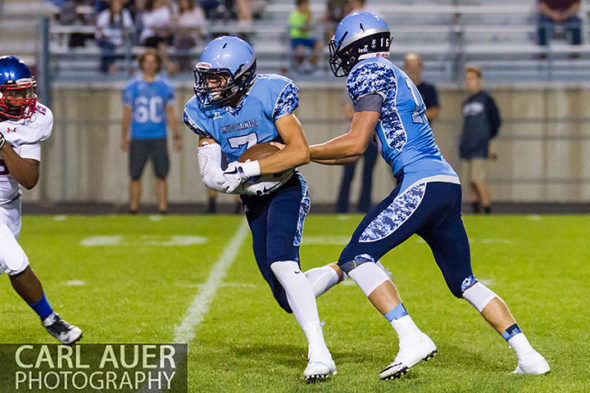 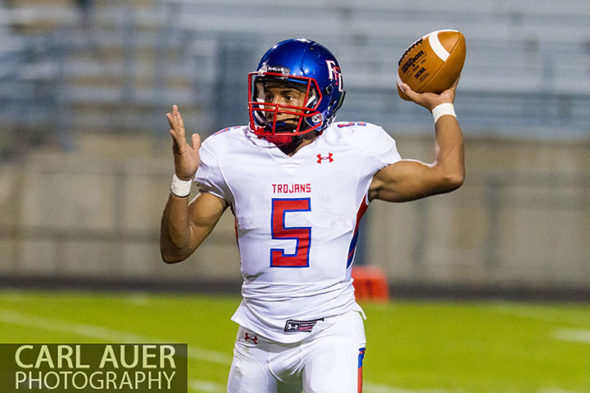 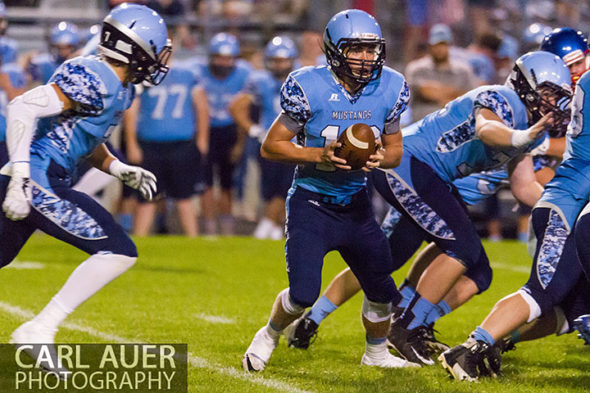