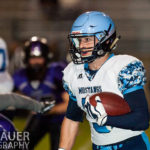 On Friday night at the NAAC in Arvada, Colorado, the Ralston Valley Mustangs took on the home team Arvada West Wildcats. A battle of the 5A Mt. Wilson football conference, Arvada West was favored to win. The local NBC station deemed the contest the game of the week and were there to cover it, and as pre-game entertainment, four members of the Denver Broncos Cheerleaders were there to perform.

The first possession of the game it looked like Arvada West was going to dominate, taking the ball down the field on about 6 plays to score a touchdown. But then the Mustangs woke up. They tied the game and took a lead. The Wildcats would tie things up but Ralston Valley would go on to win 20-14.

The game started at 7:00 p.m. so, teamed with my Canon EOS 1D Mark II was a 580 EX II flash. I hate flashed football, but the colors sure do end up popping. Here are some of my shots from the game. To see more, visit MaxPreps. 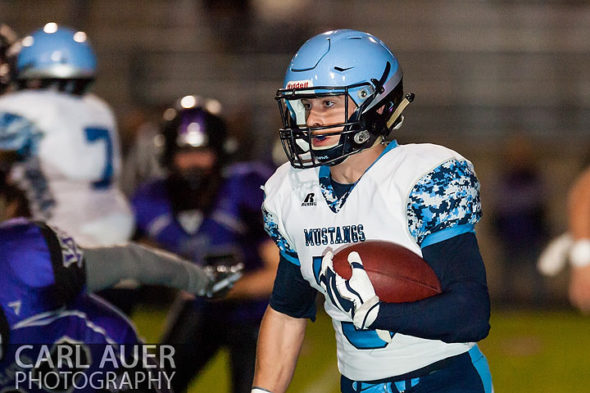 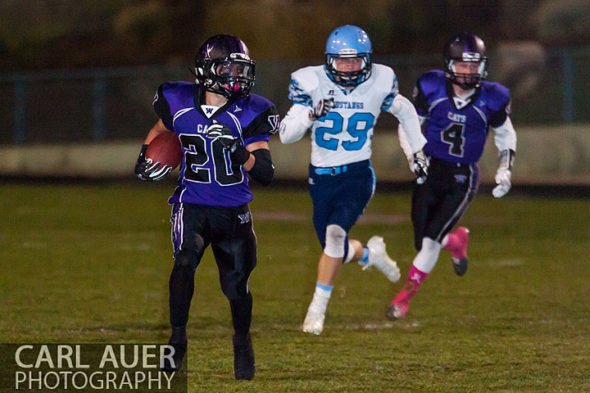 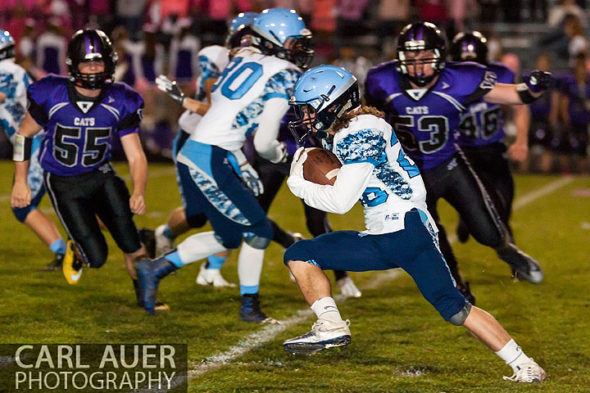 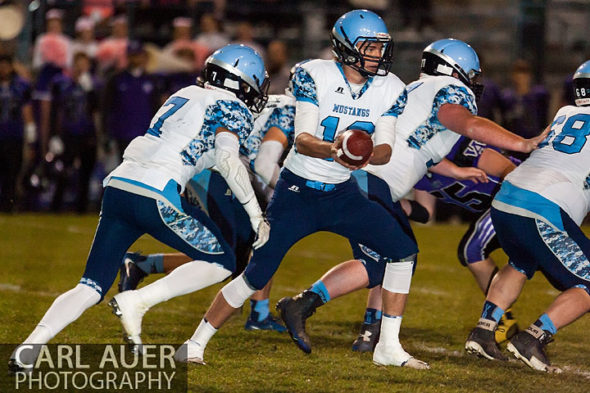 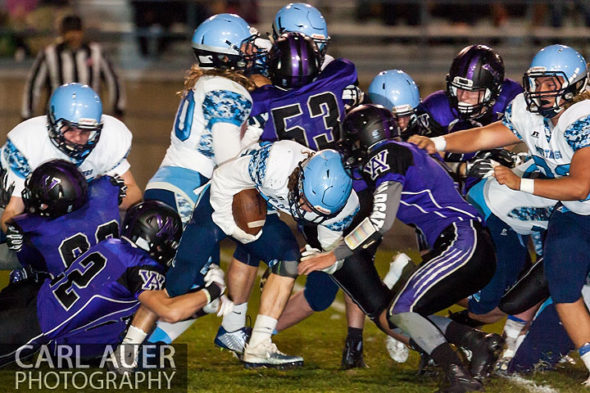