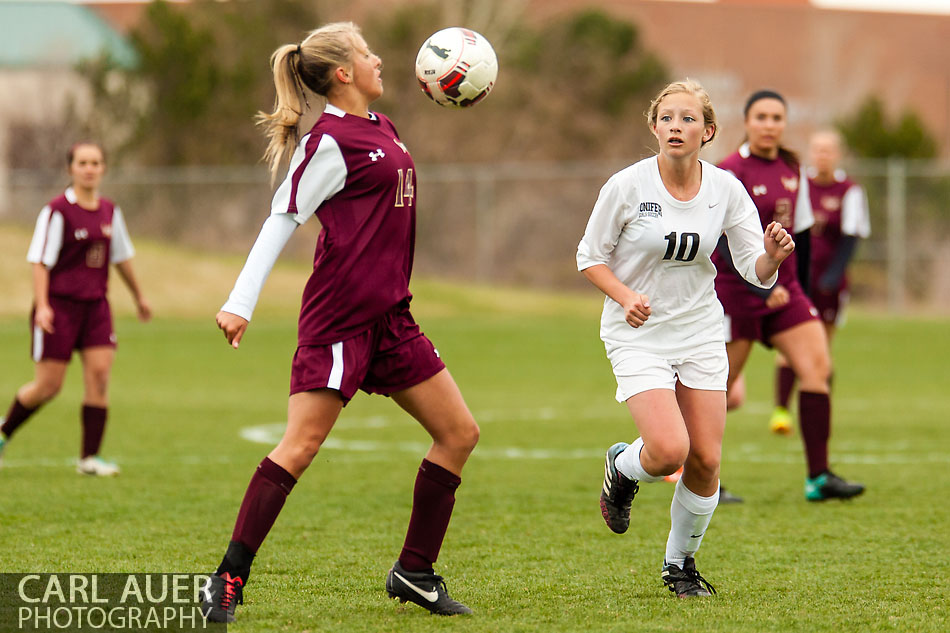 I meant to post the photos from the Golden Demons girls soccer game against the Conifer Lobos almost a month ago. However,  I have fallen way behind on my posts. My new position as Senior Photo Editor for the Guardian Liberty Voice has taken up a lot of my time. I have had photos of numerous games to post, but between writing articles, training, and developing a brand new photo department along with a lot of meetings, things have fallen back. I had to push myself to jump on getting this site caught up. So tonight three games to post.

I really enjoyed photographing the Golden Demons soccer teams this season. I got to know the coach a bit better, and the Demons provided some great soccer. This game was typical of the Demons, a dominating win, but one of the better games that closed out the season for me. Golden jumped out to a 5-0 first half lead and added another goal in the second half. Conifer also got onto the board in the second half but fell to the Demons 6-1.

Here is my 10 Shot from the Golden Demons win over Conifer at the NAAC in Arvada.

As always, these photos and more can be viewed and purchased at MaxPreps. Please support your local MaxPreps photographers. Most of the games we cover, we are not paid for unless you buy photos. In order to continue having MaxPreps shooters covering your games, show them you appreciate their work.