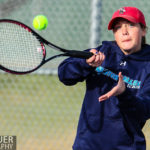 The Ralston Valley Mustang Girls Varsity Tennis team took on the Bears of Bear Creek last week in a Jeffco League match up.

This was the Mustangs Varsity 1 team unlike the Varsity 2 team I shot earlier in the week against Horizon. It was a beautiful day for tennis, and the weather was not too bad. The games went by pretty quick and I was happy with the images I came back with.

I had to kid with one of the Ralston Valley doubles players. Besides being on the varsity tennis team, she is also the manager of the hockey team and during hockey games at home, they do a chuck a puck fundraiser. Fans throw pucks out onto the ice trying to get closest to center ice. The managers have to go puck up all the pucks. So I asked her where her bucket of pucks was.

Anyway, the meet went well for Ralston Valley. The team did a very good job against the visiting Bear Creek team. I am not sure if I will get a chance to shoot anymore tennis this season, but it was fun. I hope to get back and shoot more next season. 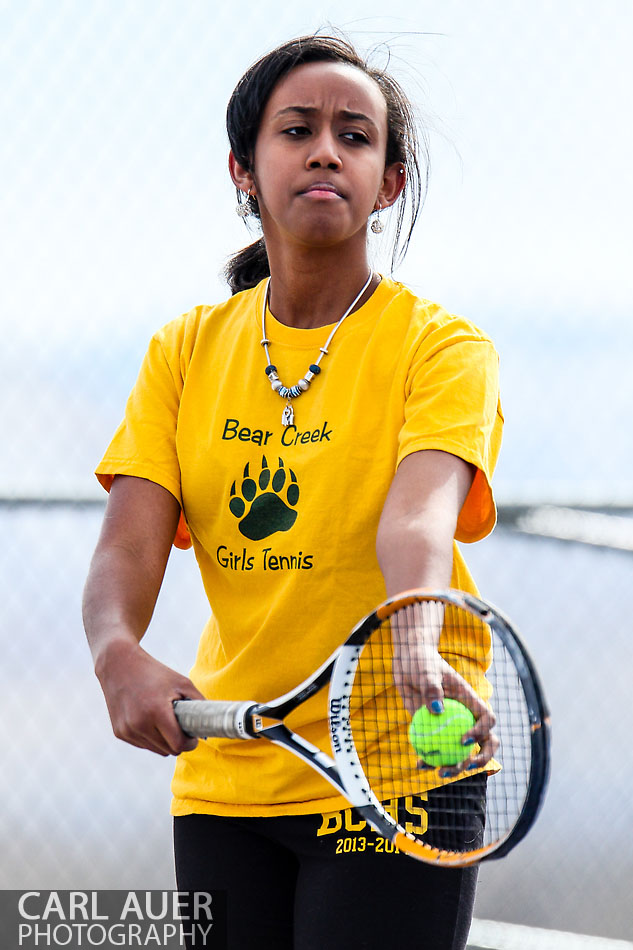 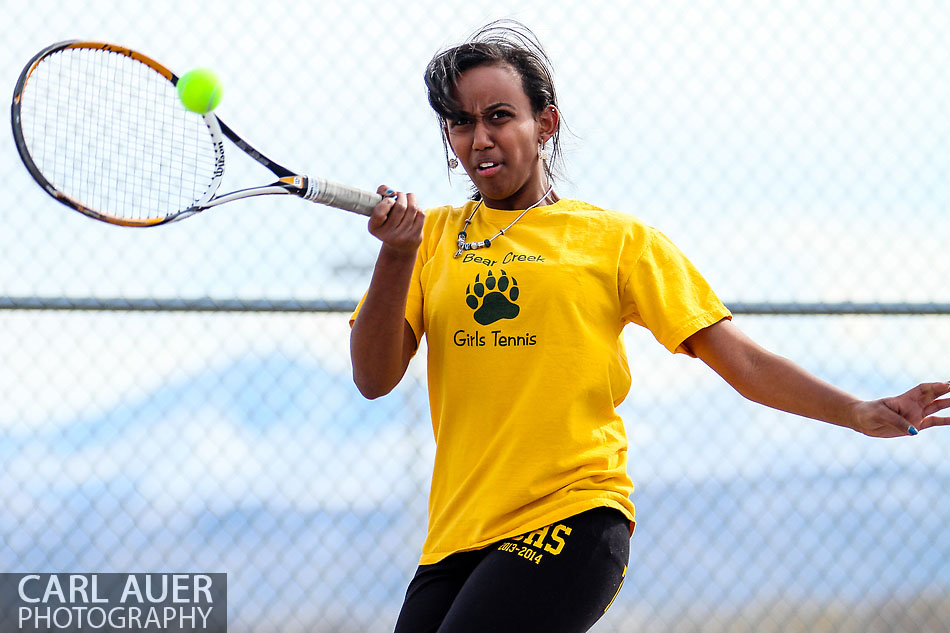 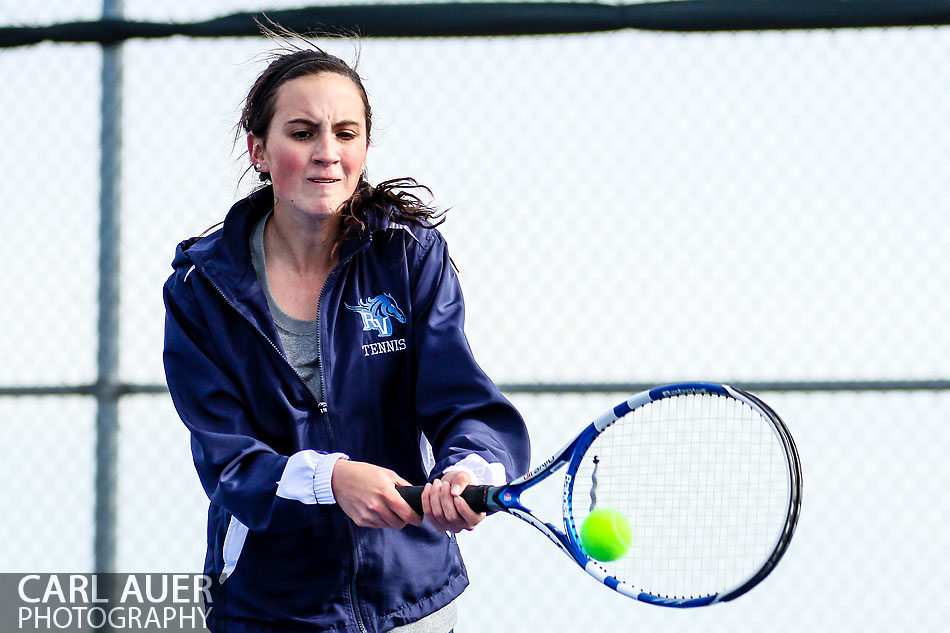 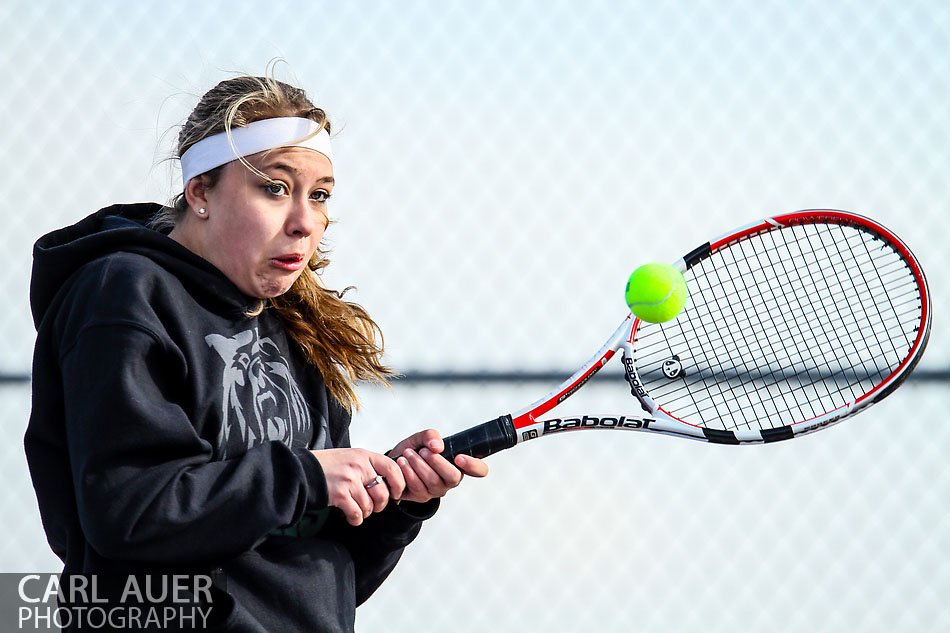 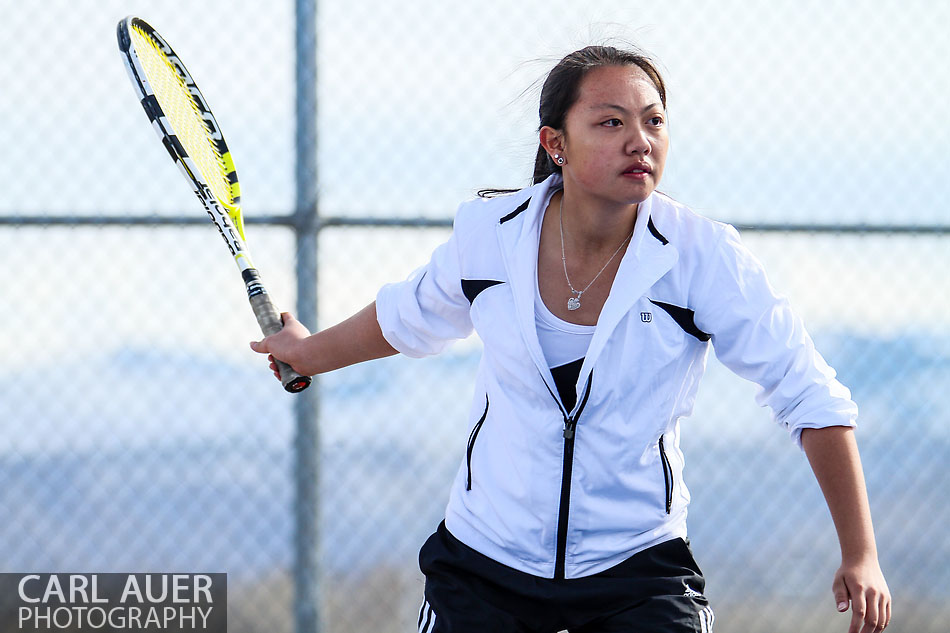 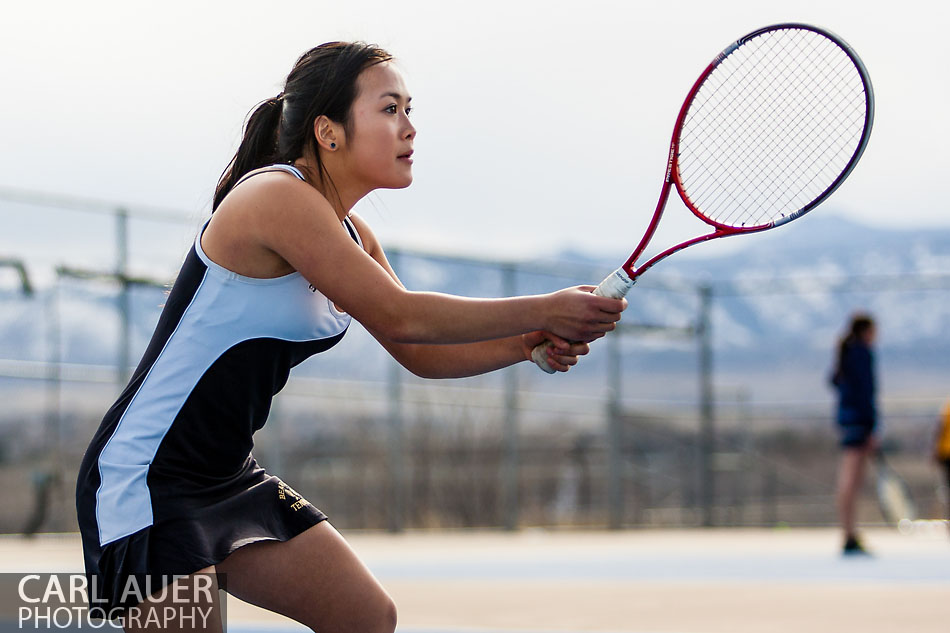 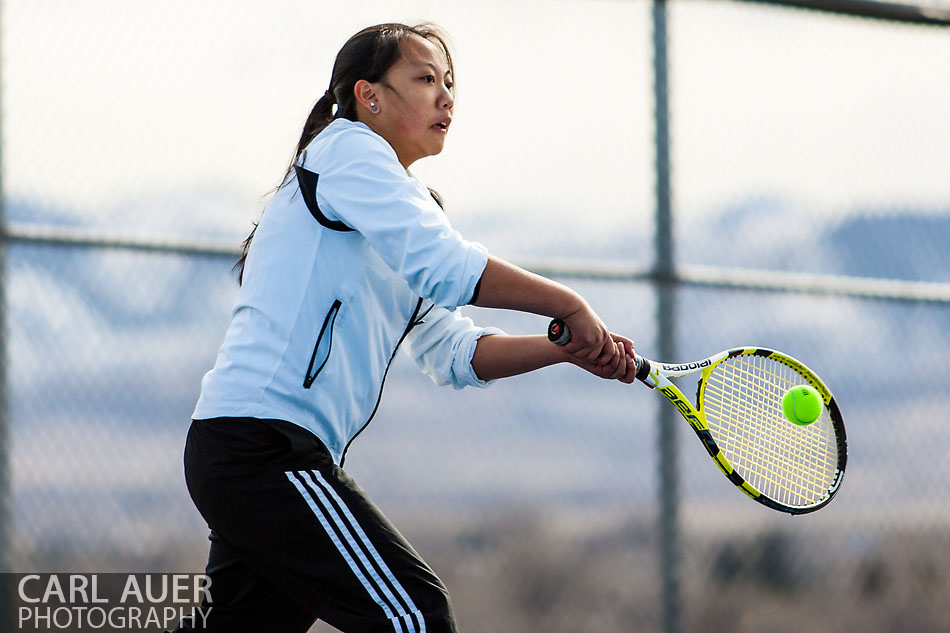 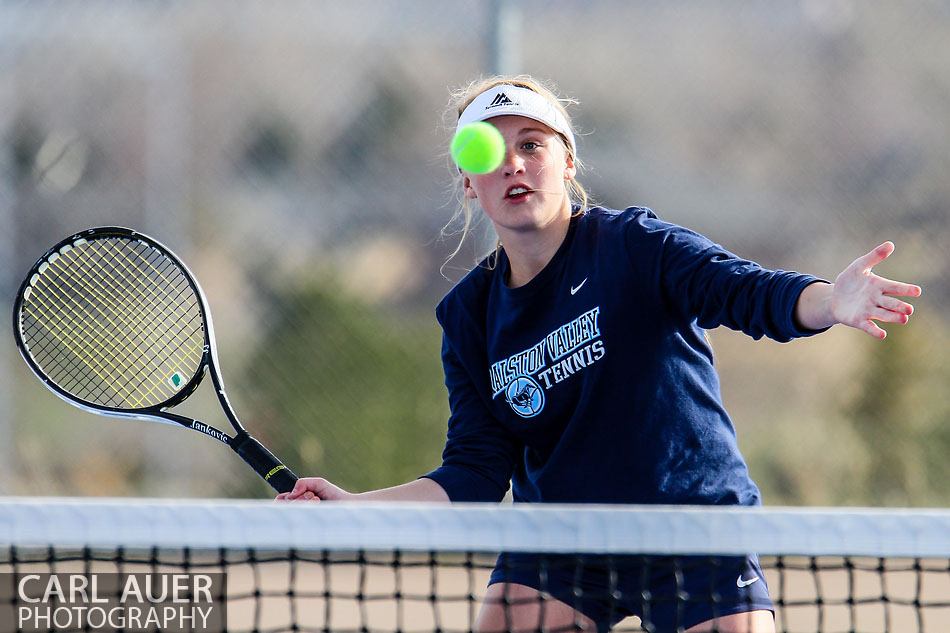 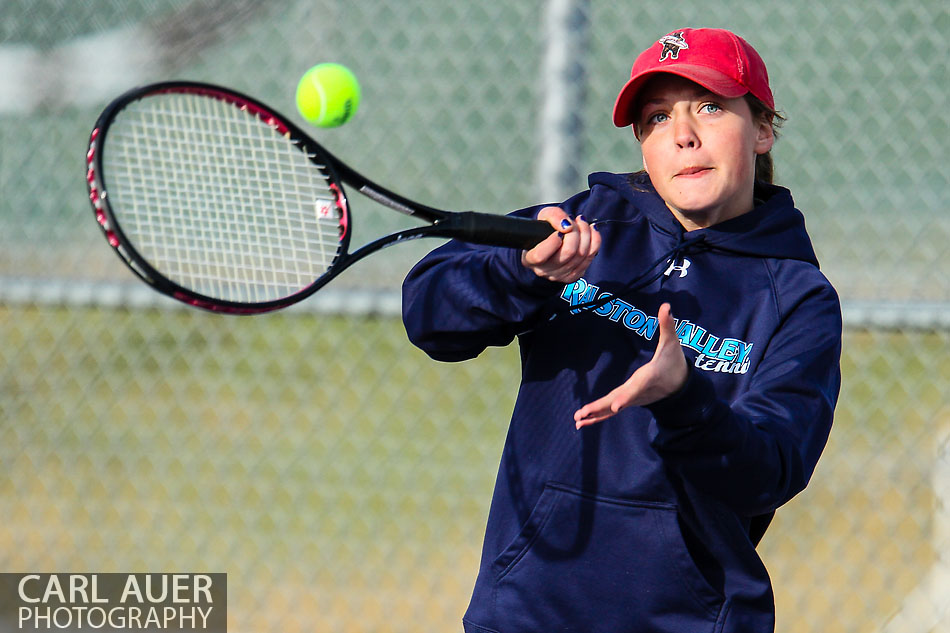 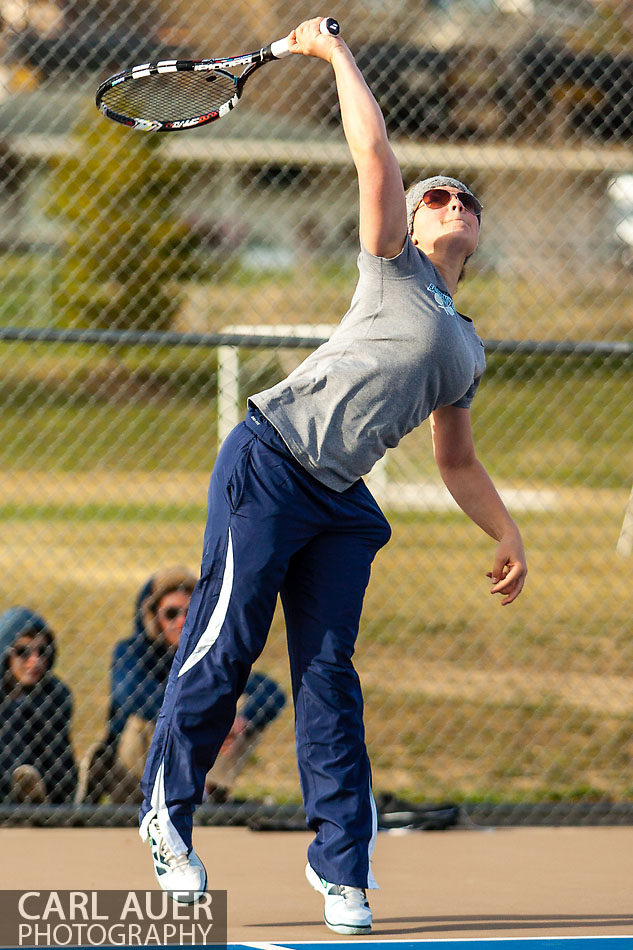