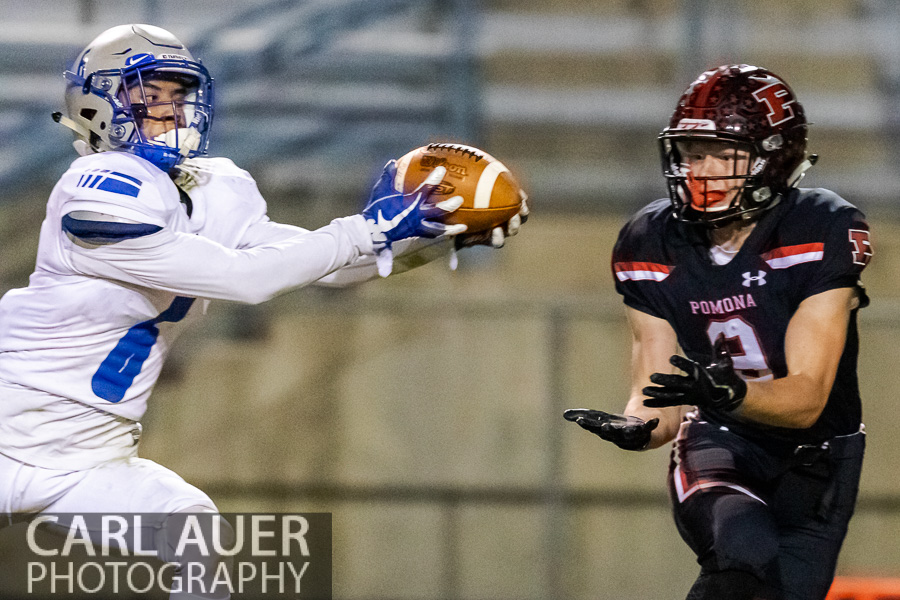 However, I enjoy shooting for MaxPreps because I never know who I am covering. It could be a future college standout, a olympic champion, or a professional athlete. Over the years I have covered kids who have ended up not only going to Division 1 schools to play sports, but have made it it various levels of Team USA. I have photographed kids who have gone to the Olympics, and ended up on the NFL Gridiron.

Shooting for MaxPreps makes one better

While I was shooting for MaxPreps originally, I was the only shooter in my area. However, after moving to Colorado, I am surrounded by photographers donning the blue MaxPreps shirt and showing up at games I may be shooting. However, while I have seen other photographers get upset and make a scene that that was their game, I take it as an incentive to make better images than everyone else. I do not care if they show up with newer and better gear than I may have, I will try my best to make images they could only hope to make.

Shooting for MaxPreps can also lead to many other things. From time to time, you may receive special photo shoots. I covered swimmer Missy Franklin as she returned to the high school pool following the 2012 Olympic Games in London. I covered senior soccer sensation Kelly Cobb in Alaska who was heading to Duke, but also playing for Team USA’s U-18 team. These were separate features for MaxPreps and paid as an assignment. But away from MaxPreps, when you shoot a specific school over and over again, you become known to the kids, staff, and parents. Kids will get excited that you are there to shoot them, but staff may ask you to speak to their photography students. This can lead to an exchange of photos for add space in the yearbook. Parents may ask if you do senior or family photos too. Honestly, when it comes to senior photos, I do not want to do the standard poses, but something more fun, and edgy. A lot of sports parents end up loving that. For one child I started shooting when she was playing rec basketball, I ended up shooting her play basketball in high school for 4 years, as well as flag football (a girls sport in the Anchorage School District), I did her senior photos, actor head shots for her dad, a corporate shoot for her grandmother’s law firm, and their family photos. Shooting for MaxPreps has also led to becoming a booster photographer for all sports at a specific high school, being paid to do end of season slide shows and posters for the seniors.

There is a lot of non-photography work when you are shooting for MaxPreps. Checking schedules, making blog posts about games, and promotion of galleries when they go live. Planning shoots ahead of time, hanging a banner when you can, networking with parents, staff, and kids at the games, and more. To make good money shooting for MaxPreps is possible, but not all of it will come directly from MaxPreps. Build enough clients, become a booster shooter, book senior or family sessions, you can easily earn a living as a MaxPreps shooter.